Retailers don’t set out to break GSCOP - why does it happen?

With the forthcoming changes to the GCA, now might be a good time to take stock - and see what they have achieved so far, and to set out a pathway to future improvements.

Logic dictates there are 2 reasons why retailers may continue to break GSCOP guidance - Malice, or Incompetence. More and more it seems that there is a third reason  - Complexity.

Retail is a complex industry - the large supermarkets have trading agreements in place with around 3,000 suppliers, for upwards of 50,000 SKUs. These products all go through complex depot networks on a daily basis, and get promoted regularly. Keeping accurate records for the price, ranging, delivery, movement of products, and the numerous conversations and negotiations that buyers and suppliers have, is almost impossible. There is a whole industry in processing invoice queries.

In addition to running the day to day business, the GCA expects retailers to provide accurate demand forecasts to suppliers. This is a complex business, and many antiquated retail systems are not up to the job. It’s no wonder mistakes are made, or that there is some ambiguity on what some retailers should be doing to improve.

First of all, let’s have a quick refresher on what GSCOP is, and why it came about:

The GCA was formed to regulate the power of UK supermarkets over their direct suppliers.

It’s role is to stop unfair practices, provide guidance to retailers and suppliers, to investigate complaints and breaches of the code, and ultimately punish and fine retailers who do not comply.

Following recommendations from the Competition Commission in 2009, The Groceries Code Adjudicator (the GCA)  was formed in 2013 and is the independent regulator ensuring that regulated retailers treat their direct suppliers lawfully and fairly.

The Grocery Supply Code of Practice (GSCOP) is the guidance that the UK’s largest retailers must follow. In January 2013 Christine Tacon was appointed as the first adjudicator.

As well as the actual Code of Practice (published in 2009), the GCA publishes numerous more detailed guides on topics such as De-listing - to expand on the principles outlined in GSCOP. The GCA also runs annual surveys to assess the impact of the Code, and to establish areas that still require focus.

Whilst many enquiries over the years concluded that supermarkets do not hold undue power over their suppliers, there were many concerning practices across the industry. There were examples of suppliers being asked to pay unwarranted fines, listing fees, being paid late, being asked to sign retrospective trading terms. Retailers were rarely doing everything they could to help suppliers - by providing better access to data, robust forecasts, collaborative trading agreements, and proper paper trails for ‘agreed’ deals and terms.

GSCOP is a 17 point guide to the Dos and Don’ts of how UK Supermarkets should treat their direct suppliers. It covers topics such as unjustified charges and payments, unfair practices (arbitrary charges for example, or late payments), variation of agreements, as well as fair notice of product de-lists, and provision of information, such as robust forecasts - all under a general principle of ‘fair dealing’.

GSCOP is a way of working, and should be pervasive across the numerous touch-points that a supplier has with a retailer (supply-chain, marketing, finance, IT etc) - it does not just apply to the relationship between the buyer and account-manager.

What does it ask retailers to do?

In addition, each retailer now has a dedicated GSCOP Officer, responsible for implementing the code, complying with it, monitoring, and reporting each year to the GCA.

The theoretical fines that the GCA can impose on retailers are hefty, but in reality many observers feel that the GCA has been lenient over the past 6 years.

They have the power to fine the major UK supermarkets up to 1% of their annual UK turnover, depending on the seriousness of the breach. In an environment where many of these retailers are making low single digit percentage net profit, this is serious! For Tesco, this could mean a fine of circa £639M in 2019, or half of their net profit.

You would think, therefore, that this would be enough for retailers to take it very seriously (and on the whole, they do).

We are, however, yet to see any retailer being fined for anything approaching the maximum amount, despite numerous reports of breaches of the code. There have been only 2 full investigations since inception:

This may well be the best, most proportionate, and collaborative approach to long-term systemic changes to the industry - but it does not provide much of a deterrent to others.

Unsurprisingly, many in the industry feel that there is a reluctance from suppliers to report instances of code breaches. Despite the fact that the GCA offers anonymity to suppliers, and that retailers are not allowed to penalise suppliers for reporting breaches, most feel that it would not be the making of a healthy relationship. The fear of long-term loss of business is enough for most suppliers to just put up with any remaining unfair practices.

Is GSCOP still being broken?

The short answer is yes.

I honestly believe that the GCA has been a force for good - if nothing else it has raised the issues, it has built awareness, it has (on the whole) changed retailer practices, and provided a framework for a much better way of working. In addition to educating retailer teams, many suppliers are also now aware of their rights, and it provides a framework and language for retailers and suppliers to be more collaborative and open.

Buyers receive comprehensive training on what they can and can’t do, and suppliers are more aware of their rights.

The GCA talk to suppliers, gather feedback, and produce the annual survey. The results of the annual survey have shown improvements in a number of areas, although many suppliers still report issues with late payments, and provision of accurate forecasts.

Why do retailers break GSCOP? / Why is it still happening?

I don’t believe it is deliberate or malicious. But the main reasons are:

How could things be improved?

Working within a consistent framework, using the best available technology, and fostering an environment where suppliers are genuinely treated in a collaborative way could have enormous benefits to both retailers and suppliers. The GCA has been a force for good, and could be the independent body that could help retailers to get this final piece of the jigsaw completed.

If interested, see our other blog on GSCOP and demand forecasting.

Appendix - GCA guidance on Forecasting:
10. Compensation for forecasting errors
(1) A Retailer must fully compensate a Supplier for any cost incurred by that Supplier as a result of any forecasting error in relation to Grocery products and attributable to that Retailer unless:
(a) that Retailer has prepared those forecasts in good faith and with due care, and following consultation with the Supplier; or (b) the Supply Agreement includes an express and unambiguous provision that full compensation is not appropriate.
(2) A Retailer must ensure that the basis on which it prepares any forecast has been communicated to the Supplier.

Understanding that the due care test is unlikely to be capable of being met by a retailer that provided no way for a supplier to contribute to the forecasting process, whether collaboratively in reaching agreed volumes to be ordered or by ensuring suppliers can raise questions and queries if a forecast seems to them to be inaccurate or to have resulted in an excessive order;
Ensuring that suppliers are able to access adequate sales data to verify the accuracy of any deduction proposed for retrospective or trigger funding. 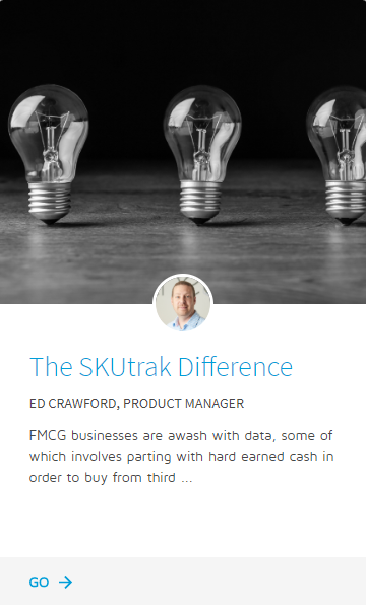